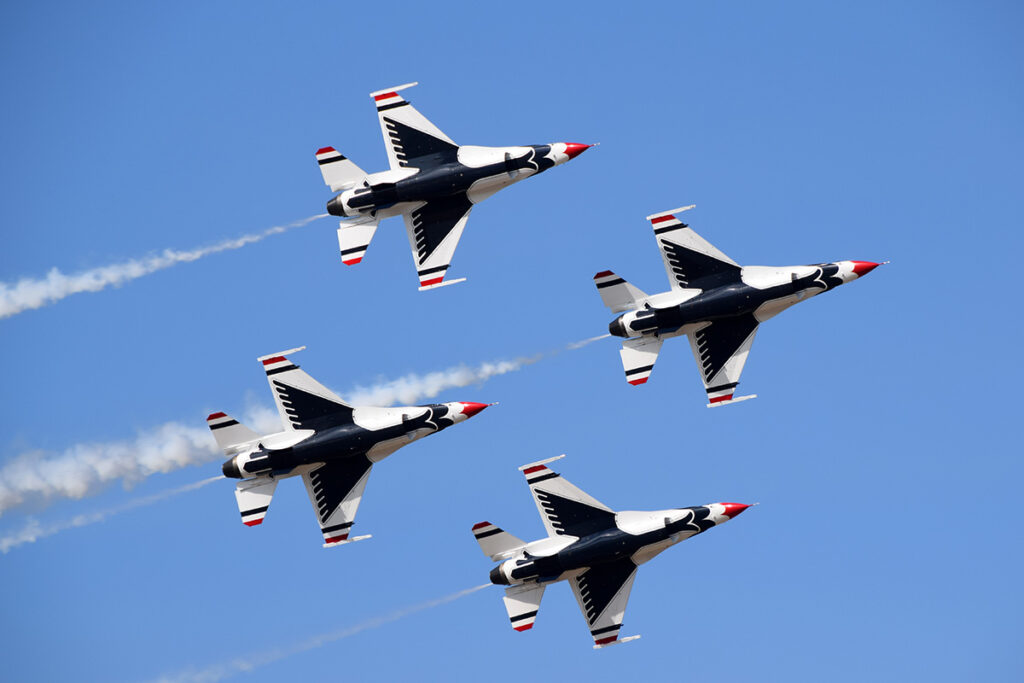 After World War I, pilots began performing at travelling air shows. The purpose of the airshows where to advance the field of aviation by providing a means to inspire and educate the next generation of future aviators.

Rob Holland performs his aerial acrobatics at Wings Over Columbus 2022.

This past weekend, Columbus Air Force Base did just that by hosting approximately 60,000 spectators from the city of Columbus and surrounding communities, marking the Wings Over Columbus Airshow and STEM Expo as the most attended airshow in CAFB history.

“Every single person I spoke to this weekend told me it was the best airshow they had ever seen,” said U.S. Air Force Col. Seth Graham, 14th Flying Training Wing, commander.

Col. Graham added that it is important to engage with the community and show them the capabilities of not only the 14th Flying Training Wing, but also the Air Force overall.

“We serve the American people and their tax dollars fund everything we do,” said Graham. “Most have never had the chance to step foot on an Air Force Base. Giving them an inside look at their Air Force is worth the effort.”

The Thunderbirds headlined the airshow and were joined by 14 other premiere aviation performers such as Rob Holland Ultimate Airshows, Trojan Phlyers, Aeroshell and the Air Combat Command A-10 Demonstration Team.

The STEM (science, technology, engineering and mathematics) Expo hosted 28 STEM exhibitors and students from 29 schools, officially benchmarking it as the first ever large-scale STEM Expo at CAFB.

“The vision was to bring the students here and immerse them in as much of a hands-on learning environment as possible,” said Tech. Sgt. Javier Cruz, 14th Flying Training Wing, NCOIC Public Affairs and STEM Expo coordinator. “Airshows serve to inspire but our goal was to take it to the next level and actually show them the career paths.”

“This was my family’s first airshow experience and we were completely blown away,” said Destiny Arnold, a nurse from Florida. “My sons were in awe every time an aircraft zoomed by. It is definitely an experience we will never forget.”

High School and college students from schools spanning over three states attended the event and had the opportunity to be inspired and educated by both the STEM exhibits and aerial performances.

“One of the AFROTC Cadets shadowing our Public Affairs Office told me the airshow impacted his perspective of the military by reminding him that even though he grew up in the military, there is still a lot he do not know,” said U.S. Air Force 2nd Lt. Peyton Craven, 14th FTW Public Affairs Officer. “He also mentioned that the airshow gave him the opportunity to meet so many great Airmen and he was able to see all the great opportunities he will have as a part of the Air Force.”

An event this large required nearly a year’s worth of planning by logistics, medical, security, flight operations, public affairs, safety and many other organizations around CAFB and the surrounding community in addition to their normal duties and pilot training mission.

“I want to thank our planning team, led by Lt. Col. Tim Thoren, for building a rock-solid plan,” said Graham. “I also want to thank the hundreds of volunteers without whom we would literally have nothing more than a plan on paper.”

The airshow cycle for Columbus Air Force Base is approximately every two calendar years.